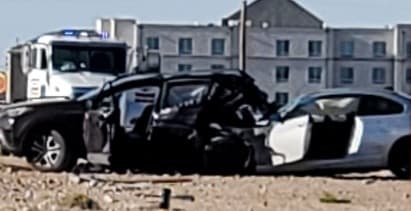 He said multiple units from the Carlsbad Fire Department responded to the crash scene around 10 p.m. near the intersection Kircher Street and San Jose Boulevard.

Lopez said one of the victims was not alive or breathing when responders arrived to give aid.

He said another victim was transported to a hospital.

New Mexico State Police investigated the crash but did not offer any more information on what happened or the names of the deceased as of 12 p.m. Monday.