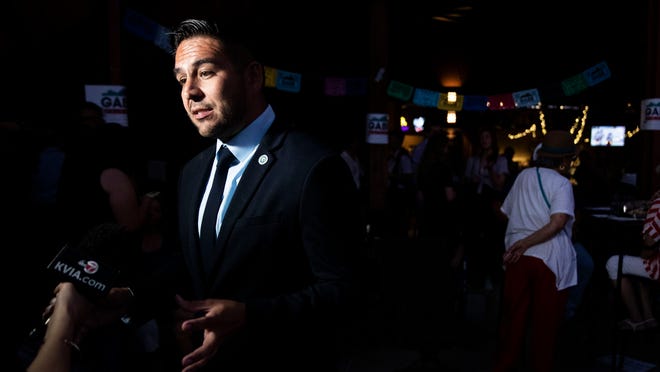 Oil and gas was a key issue during the race for New Mexico’s Second Congressional District, which covers the rural southeast region of the state containing the Permian Basin oilfields – the most active fossil fuel region in New Mexico and the U.S.

Republican incumbent Rep. Yvette Herrell, a staunch supporter of the oil and gas industry, introduced legislation and argued since taking office in 2020 to restrict government regulation of fossil fuel production.

But her opponent Democrat former Las Cruces City Councilor Gabe Vasquez said he believed a balance could be struck between oil and gas’ economic benefit to the state and government controls on its environmental impact.

Vasquez won the Democratic Party’s nomination in the June primary election, defeating Lovington physician Darshan Patel, and will run against Herrell in the November midterm election.

A pragmatic approach to regulating oil and gas would ensure the state can continue to benefit from its role as a national energy leader, second in the U.S. in crude oil production, Vasquez said, while also leading the way toward a transition to lower carbon energy sources like wind and solar.

He said industries like hospitality and housing are also support by oil and gas, and that when the market booms and more people are brought into rural areas where fossil fuels are extracted, that means more jobs in a variety of other sectors.

More:Press under tight control as Ronchetti rallies in Carlsbad with DeSantis and Rep. Herrell

Herrell, who was recently appointed ranking member of the Subcommittee on the Environment within the House Oversight Committee said government should get out of the way of industry like oil and gas, which she said could devise methods of reducing environmental impact on its own without restrictive government policy.

“We’re doing great things and great innovation in America,” she said. “That’s why it’s difficult to see our government, to me its deliberate, is slowing things down. It’s going to complicate things. We’re not thinking clear. Some of these policies are taking us backwards, not forwards.”

She said the U.S. must pursue “energy independence” and not rely on foreign sources of fossil fuels which she said were developed with less attention to environmental impacts than in U.S., pointing to recent goals announced by major oil companies to reduce their emissions.

“We all take for granted the fossil fuel industry, the products that come out of that space,” Herrell said. “Let’s get our energy from where its cleaner and better for the environment. We’re not ready to go all green.” 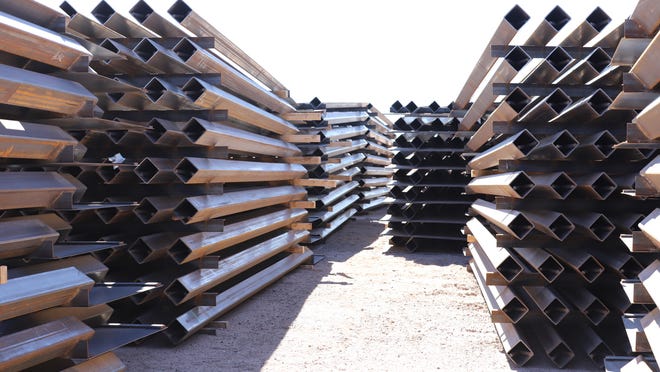 If he defeats Herrell in November, Vasquez said his focus would be “on the oil and gas workers,” as opposed to past policies he believed served to only prop up the large, multinational companies that do business in New Mexico.

“My approach is that we can’t line the pockets of the corporations and the CEOs at the expense of the health of the communities,” he said. “In Congress, I do want to hold the oil and gas companies accountable for not making some of the investments I believe they should be making in reducing methane emissions.”

He said recently high energy prices, like gas prices paid at the pump, drove up profits for fossil fuel companies, but meant consumers across the state and country wrongly suffered.

A strong market and high profits, Vasquez said, meant the time was right for energy companies to increase their investments in pollution controls and initiatives to reduce their environmental impacts.

“It is completely irresponsible for oil and gas companies not to make these changes,” Vasquez said.

He also pointed to royalty rates companies pay to operate in the state, contending they should be raised to send more oil and gas revenue to the state and federal government to benefit their constituents.

The recently signed into law Inflation Reduction Act increased federal royalty rates from 12.5 percent to 16.6 percent, in a move Vasquez said was needed to ensure taxpayers get a “fair share” of oil profits in their state.

“I want to make sure New Mexico is getting its fair share of revenue from the industry,” he said. “New Mexicans deserve their fair share, that means our workers, our small businesses and those royalty rates that they’re paying to our state and federal government, they need to match what the CEOs and what shareholders are profiting off.

“We can protect our environment and make sure that oil and gas CEOs and the corporation aren’t able to buy this congressional seat to continue to enrich themselves.”

Protecting the environment and the people of New Mexico, Vasquez said, could also mean scrutinizing other industries like the nuclear sector, as Holtec International proposed building a facility near Carlsbad and Hobbs designed to temporarily hold spent nuclear fuel rods.

The project was supported by local city and county governments in the southeast but was opposed publicly by state leaders and New Mexico’s Democrat congresspeople along with a similar proposal in Andrews, Texas that faced opposition from lawmakers of both parties in that state.

Opponents worried that since the U.S. does not have a permanent repository for this waste, the Holtec site could hold it forever despite not being designed to do so.

Herrell, in a recent interview with the Current-Argus was hesitant to support the Holtec project herself amid the bipartisan opposition.

Vasquez was more definite in his own criticism and was on the Las Cruces City Council when it rejected a resolution to support the project in 2018, and pointed to the state’s history in the nuclear industry and reportedly severe health impacts from radiation mining in the northern region and nuclear weapons testing in south-central New Mexico at the Trinity Test Site.

“I think about this not being a temporary and that this would essentially become the permanent home for high-level radioactive waste from al across the country,” he said. “I’m not sure that we want to do that in New Mexico.

“I don’t think we want to continue on this trajectory of being a nuclear waste dumping ground.”