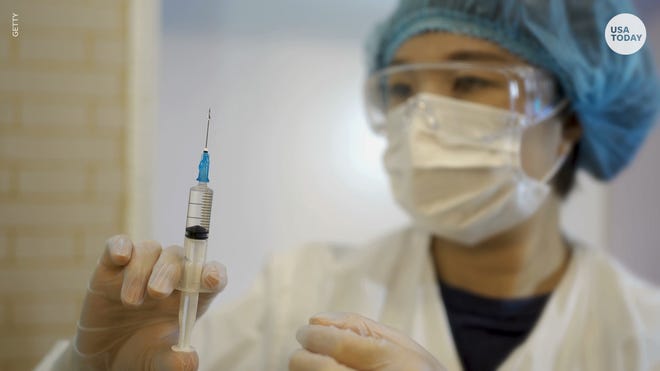 The Carlsbad Current-Argus is providing this content free to our community as a public service. Please consider a subscription to support this and other journalism.

Cases of COVID-19 continued a decline at the Waste Isolation Pilot Plant this week with two infections reported at the nuclear waste repository near Carlsbad.

The latest weekly report was the second in a row that saw less than five case of the virus reported among workers at the facility while the pandemics numbers appeared on the decline across New Mexico.

The latest cases at WIPP brought the facility’s total to 254 infections.

The workers reporting positive test results were last at the site between Feb. 4 and 8, records show, and reported their infections between Feb. 11 and 17.

WIPP officials reported six employees were still recovering and unable to return to work, and attributed the decline in cases at the facility to a regional drop in newly reported infections.

Following months of daily increases of more than 1,000 cases of the deadly virus, New Mexico reported just 411 new cases on Thursday, bringing the state’s total to 181,736.

Eddy and Lea counties – where the WIPP site is located – reported 11 and five cases, respectively, but in the past had increases of almost or more than 100.

Eddy and Lea counties totaled 6,254 and 7,972 cases, respectively as of Thursday.

A woman in her 70s from Eddy County was reported dead on Thursday, following the death of a man in his 70s on Wednesday.

A man in his 50s from Lea County was reported dead on Wednesday, while Eddy and Lea counties only reported four and three new cases, respectively.

“The Department of Energy and Nuclear Waste Partnership continue to work with all employees to ensure Department of Health and Centers for Disease Control guidelines are followed,” read a statement from WIPP.”

On Feb. 10, the latest gating criteria data showed 15 counties were moved in the “yellow” designation meaning multiple COVID-19 restrictions were lifted while four moved into “green” which has the least restrictions on businesses and public gatherings.

“New Mexicans have been working hard to get this virus back under control,” said Gov. Michelle Lujan Grisham. “The state’s efforts to continue our aggressive testing while efficiently distributing vaccines have contributed to the improving outlook for New Mexico.”