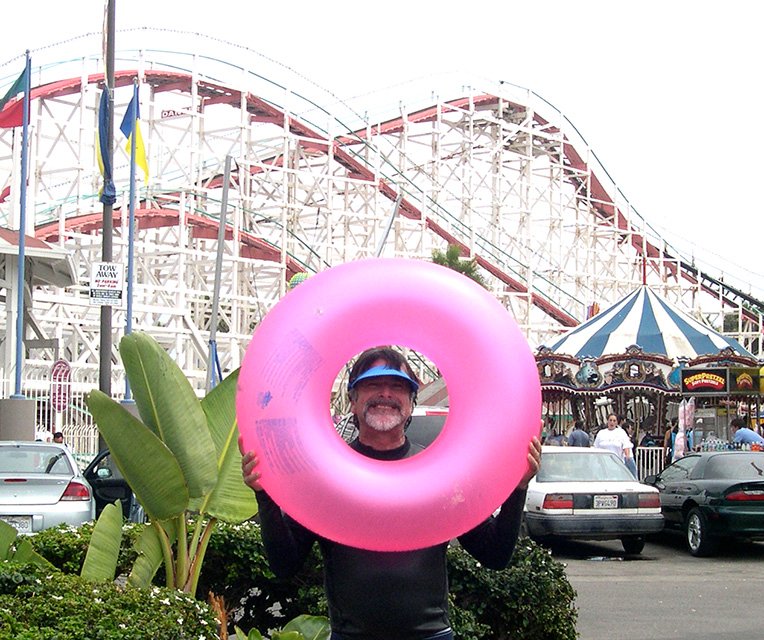 Summer in Southern California is not so much a season as it is a ritual, or what Hemingway might call “a movable feast.”

If it were a season, however, it would be owned by youth. I can still recall being young and sitting in the afternoon heat in mid-June, watching the clock count down to 3.

Then, at the buzzer, we were freed and transformed from Catholic school students, sitting tall in our desks, to wild animals whose only disciplines were taught by the cold hand of ocean water.

Up until my late teens, I lived inland and getting to the beach required a lift from my father, an older friend, or a stranger as we hitchhiked to the nearest shoreline, which was usually located in Huntington Beach.

When not at the beach we swam in the municipal swimming pool, growing darker in skin tone by the day while our hair turned lighter.

Then brown became red and blond became green, thanks to all that chlorine. Hot dogs, Kool-Aid and zinc oxide were the main expenses.

I awoke one summer morning to a cobalt blue sky and, pounded my fist into my pillow after realizing I had no ride to the beach. Slipping into my old, worn jeans and a faded T-shirt I prepared for the drudgery of yard work.

Suddenly, Danny’s Dodge Dart rolled up like a desert mirage, with two surfboards stacked on the roof. He knocked on the front door and confronted my mother.

In words more polite than I had ever heard leave his usually foul mouth, he said, “Good morning, Mrs. Ahrens. Is Christopher allowed to go to the beach with me? We’ll be home before 5.” Mother agreed, I loaded my board on Danny’s car and we were off.

The first thing he did was pull into a gas station where regular was up to 27 cents a gallon. I gave him a buck and he returned with 25 cents change.

If we surfed in the afternoon, it was usually at Doheny, because it rarely blew out when the onshore winds hit.

That day was like countless others, learning to ride waves and fall without hurting myself, to turn, cut back and walk to the nose.

The world faded as we logged uncountable miles on those little waves. Friends were made, summer flings were attempted and freckles gave way to skin with the texture of raw hamburger. We never thought of skin cancer, or politics, or war, or racism.

Paying with sunburn, jellyfish or sea urchin spines was part of the price. And, a bargain. Nothing hurt more than being kept away from the beach on a summer day.

We thought only about our friends, what surfboard we wanted to buy, and where we would get the money for it.

Girls rarely surfed in those days, but those who did were sought after by us boys who wanted to date them.

Beyond that, we thought only about the rising swell and if we would be there to meet it.

The magic summer days depicted above happened between 1962 to 1967.

They would eventually be replaced by far better waves, travels and a move to Encinitas in 1970. But no matter when I travel or how good the surf is, the magic of those early times has never faded.

Summer is for the young and those who never grow so old as to forget what the season is all about. So, if you see some old surfer flailing in the lineup with a far-away look in the eyes, give them a wave. They are remembering when they were you. Happy summer, all!