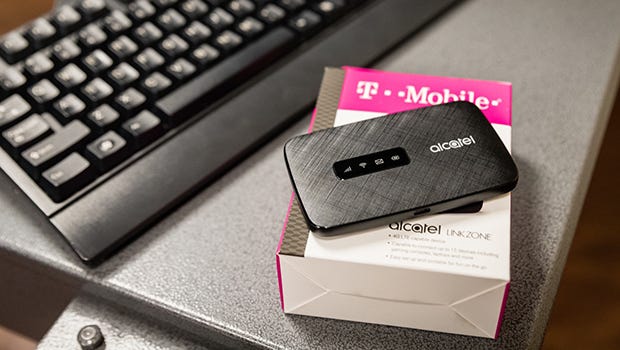 A state program is connecting New Mexico families and schools with free or discounted internet throughout the state.

New Mexico ranked 49th for households with internet access — just behind Mississippi — according to the U.S. Census Bureau’s American Community Survey (ACS) report published in April. The survey was initially conducted in 2018.

According to the report 23.1% of households in New Mexico do not have a broadband internet subscription. That number rises to 30.9% in rural areas.

“By helping districts and schools tap this federal program, we’re bringing millions of dollars into New Mexico to help us get every student the tools they need to learn, whether broadband access or digital devices.”

The PED announced that the program helped 110 school districts, tribal affiliated schools and charter schools apply for more than $65 million from the federal Emergency Connectivity Fund. The application window for the funds closed on Aug. 13, but will reopen on Sept. 28.

Emergency Broadband Benefit program offers eligible households $50 per month off the cost of internet service and $75 per month for those on American Indian land. Some families maybe even be eligible for a $100 benefit for the cost of a digital device.

“New Mexico has internet deserts where fiber networks have never reached, and we have families who can’t afford internet connections where fiber is available,” Steinhaus said.

“No one program is going to close the digital divide, but NM Student Connect is an important piece of that puzzle because it’s connecting districts, schools and households to funding that’s already available.”

Families and schools can get assistance by contacting the NMSC help desk.

There were an estimated 1,555 homes and businesses without broadband service according to an assessment by the New Mexico Department of Information Technology (DOIT).

According to the U.S. Census 20.7% of households in Eddy County do not have internet service.

Rural areas tend to have less access to broadband services because there are fewer providers in those areas, according to the DOIT’s assessment.

NMSC collected and mapped data to identify students in need of broadband services, showing small clusters in Carlsbad and in Malaga.

Carlsbad Municipal Schools ramped up investments in broadband connection for students as a result of the COVID-19 pandemic.

The district upgraded all its schools to fiber internet and began providing students with mobile hot spots they could use from home, said CMS Systems Administrator Steven Moreno.

“The hotspot is a portable Wi-Fi device from T-Mobile,” Moreno said. “They are little square devices that are portable. No matter where they go, as long as there is good T-Mobile service, they will be able to access internet anywhere.”

Moreno said students that need to quarantine or have no internet access can request a hotspot and pick up the device directly from their school.

The district also provided every student with a Chromebook to access remote learning from home. In August CMS ordered an additional 2,400 Chromebooks.

In January the district received $354,931.27 from the E-Rate program, which helps eligible schools and libraries get affordable internet access.

In August the district approved a $9 million bond to invest in technology from Education Technology Equipment Act.

CMS also allocated $155,500 from the first round of COVID-19 funds for educational technology and an additional $20,000 from the upcoming round of funds.